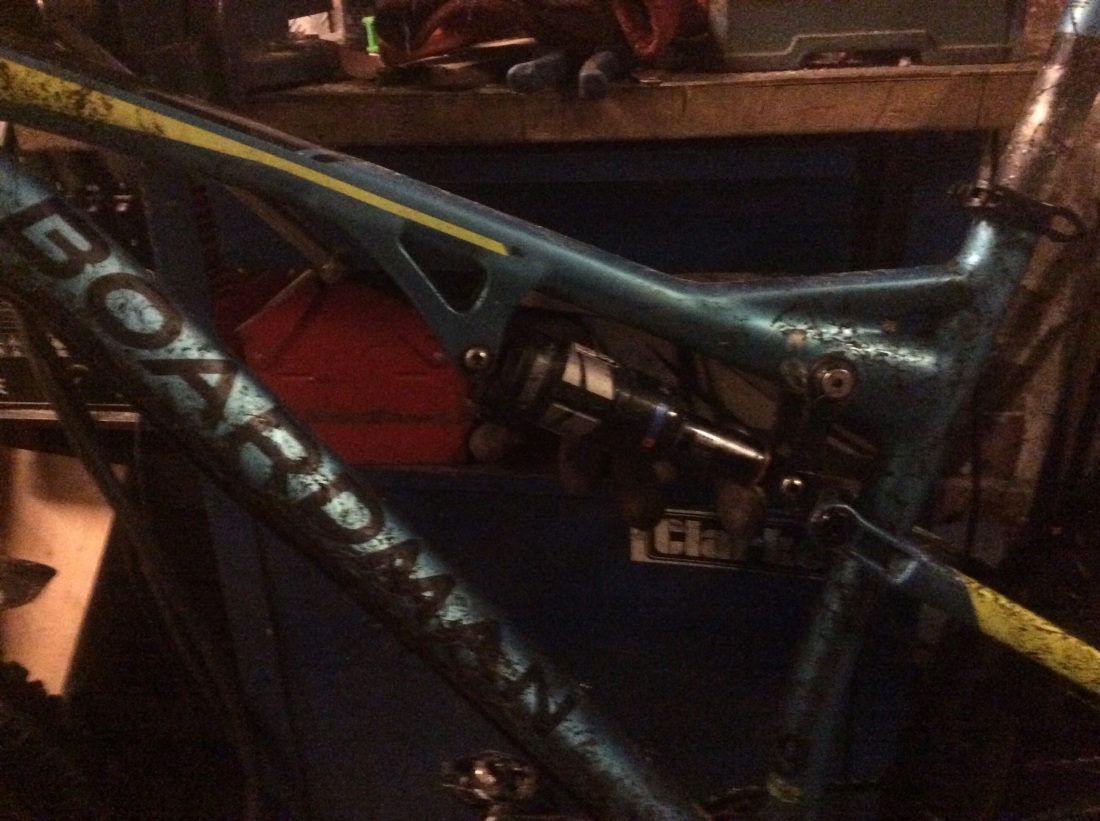 After a road ride to avoid the mud on Saturday I have been unable to ride this week. Partly because of the rain and partly due to other commitments. Finally on Thursday I had the chance to ride. At first I thought it might be better to stick to the roads again but I could feel the dirt calling me.

I didn’t want to go too far in case the rain came down heavily again so I just went to my local “mini trail centre” at Healey Nab. There were a few other people up there including what looked like 2 lads with their mum and dad, all on full sus. bikes. I rode 3 different downhills having reached the top by 3 different climbs. I’ve heard a few riders say that Healey Nab isn’t worth visiting because the trails are too short. I think you just have to get to know it and use your imagination. I covered 9.9 miles in just over an hour and did the best part of 1000 feet of climbing. It was muddy but all rideable and I still managed a lap of the whole red graded route in 14min 43. I broke the crucial 15 minute barrier, then. It’s slower now it’s wetter but I enjoyed sliding it around the berms. I’ll be riding at the weekend but haven’t made a specific plan yet.

I’m not sure that my SRAM GX 11 speed works as well in these kind of conditions as my older Shimano transmissions on my older bikes. They always seem to need finer adjustment of the cable and the narrower spaced cogs of the cassette seem to fill up with debris quite easily. I’ll be keeping an eye on this over the winter.